FRANK MOE ANNOUNCES CANDIDACY FOR COMMISSIONER Frank Moe has announced his candidacy for the Moffat County Commissioner District 3 seat.  The announcement came Saturday, during the Republican Lincoln Day Dinner in Craig.  House District 57 Representative Bob Rankin was on hand when the announcement was made, and thanked Moe for his advocacy work for the area.  He was specifically thanked for his work against Senate Bill 252, the rural energy bill.  Moe said if elected, he will continue to fight for rural Colorado.  The District 3 seat is currently held by Tom Mathers.  Mathers will be term limited in 2014. 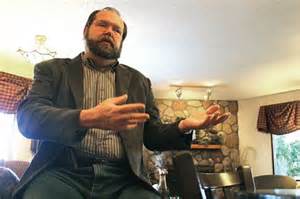